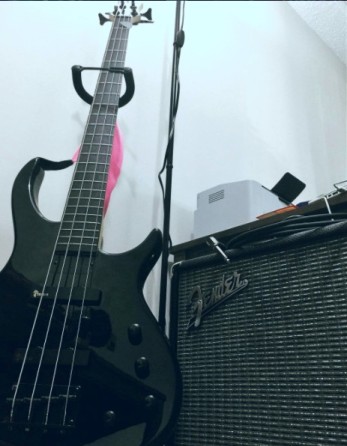 I keep talking about music, in life and in this blog, because it’s what’s on my mind. I podcast about music, listen to as much music as I can (for the podcast and because I feel like I have 20 years’ worth to catch up on) and I love the fact that I’m practicing my bass at least every second day to stay sane not just because I “should”. So, with that in mind I wasn’t expecting thoughts about representation relating to Doctor Who and the new, upcoming female Doctor to necessarily enter into the equation because of music. I thought I had made up my mind and come to a fair point of neutrality even if I couldn’t quite understand why the gender of the Doctor was that important to these people. Wasn’t the most important concern whether she was the best actress for the job? (Spoiler: yes, and…)

The word representation was brought to me time and time again in response to this question. I thought I had a good idea of what representation meant.  I thought I was savvy on this kinda thing. I actively try to listen to bands and surround myself in people that promote positive messages, whether that’s fighting sexism, racism, homophobia, fascism and/or just making sure their fans know that treating others badly isn’t cool. It’s punk to call people out on that nonsense. I may have understood the definition of representation, but I didn’t understand the meaning.

So, I wasn’t expecting the frustration I would encounter when I was trying to find representation. I just wanted a band to watch & listen to that had a member that was like me. Could I not become a bassist as part of a band? Logically I knew that my gender shouldn’t stop me,  I can do anything. Still, there is a kind of magic of imagining yourself on a big stage playing perfectly while you struggle through the same song for the umpteenth time. I wanted to read about someone else’s struggles, give myself inspiration to keep practicing and eventually find a group. I knew picking up the instrument that bassists need bands; it’s not a solo instrument, so where were they?